Today we arrived in Grünstadt with our Planes.

We already achieved the first takeoffs and started our first day of flight with the Luftsportverein Grünstadt und Umgebung e.V. The good thermals gave us a great start for our Aviator Camp.

During the Day, our partner association (FAG Aachen e.V.) joined and we are looking forward towards two intense weeks of flying here.

We will conclude the day with great food and a big bonfire together.

On Monday, some long flights could be done in the blue thermals.
In good visibility, you could even look up to the Taunus (north of Frankfurt a.M.) at a sufficient height.
The Day was ended in a convivial round for a barbecue.

Tuesday started with bad weather but while we were constructing a new wheel for better handling of the gliders on the ground, the weather got better.
Shortly after, it was so good again that we set everything up quickly and managed to make a few starts.

In good conditions we started our day at 9 o ‘clock. The successful flight day yielded 78 Takeoffs. Two C-Exams and two towing-permissions were granted today. It was a very successful day for everyone Involved.

Due to the weather, we stopped flight operations on Thursday. Several purchases in local stores were made and we used the afternoon to watch a movie together. In the evening we were invited to dinner by Thomas and Jaques, who were working in the kitchen all day.

Even on Friday, the weather was too bad to fly. After an extended breakfast we headed to Grünstadt to play some Lasertag. After an introductory round, we started a tournament between the three clubs. Congratulations to the FAG, who won this tournament. In the evening we had some gyros with rice and broccoli.

The good weather finally returned on Sunday. After a slightly rainy start into the day, it cleared up around lunch. The day was very successful with many starts, an A-Exam and a briefing flight on a new glider pattern.

On Monday, the Weather was so good that we were able to make several long Flights on our ASK23. Everyone could make a longer thermal flights and so got their money’s worth. The LSV now also has a new winch-driver.

The Tuesday was very successful despite major rain breaks. In The morning, the temperatures were already at 25°C and after the initial thunderstorm had passed through, we resumed flight operations and could still achieve a lot of takeoffs and fly another A-Exam. 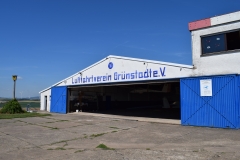 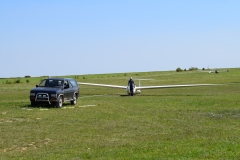 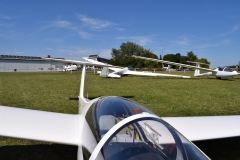 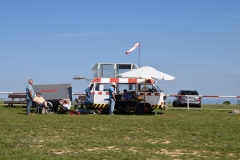 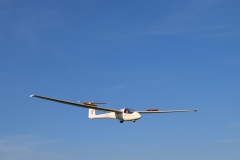 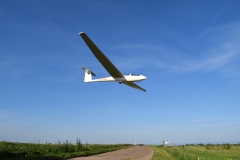 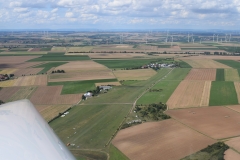 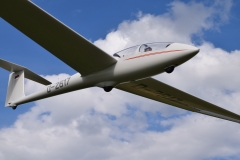 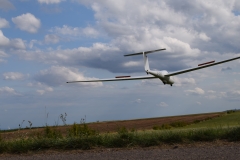 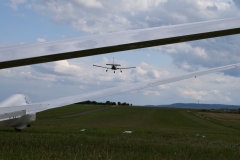 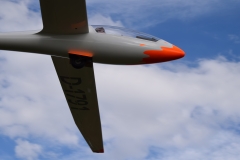 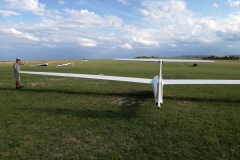