As every year, the LSV Geilenkirchen once again organized an Aviator Camp in the Summer of 2014.

From 26.07.2014 to 03.08.2014, we visited Bad Sobernheim to expand flight knowledge and strengthen the community in the gliding association.

Our aircraft of Type ASK13 and ASK23 as well as other aircraft owned by our partner association, the FAG Aachen, were present. This Week, a huge number of starts by flight students as well as by license pilots were done. Three A-Exams were flown and of course we also had several outside landings.

Every day was utilized and we were flying until sunset. We visited the Airplane Museum in Hermeskeil on a day where bad weather did not allow flight operations. The cooperation with the Flight Sports Club Sobernheim was excellent and we are looking forward to future aviator camps there. 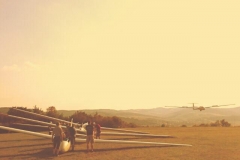 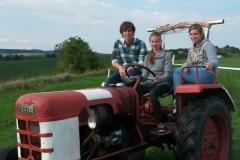 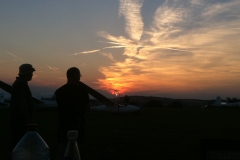 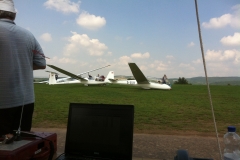 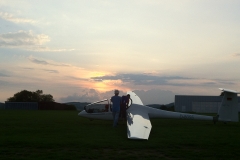 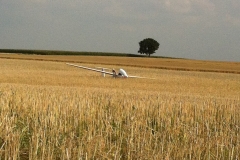